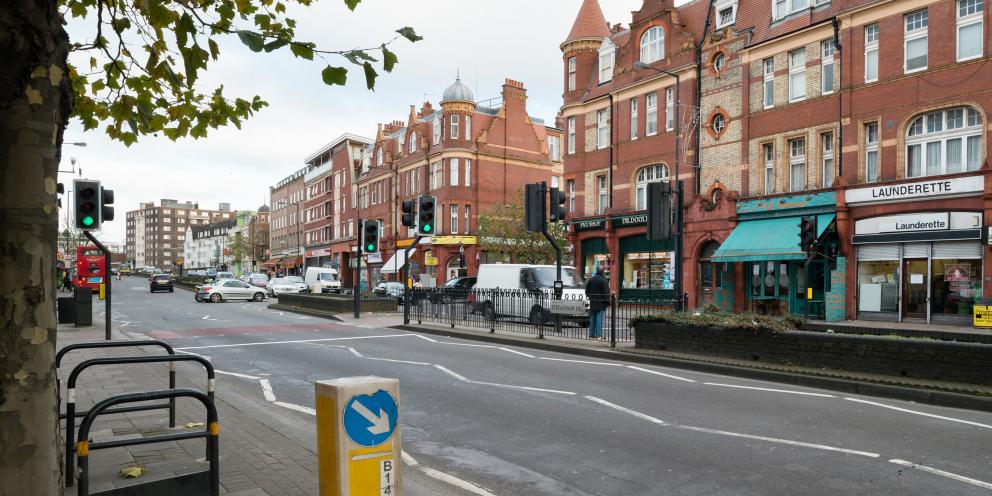 Streatham, a district in south London is mostly located in the borough of Lambeth, but some areas to the west are in the neighbouring borough of Wandsworth. Streatham is located just 5 miles south of Charing Cross and is one of the 35 major centres in Greater London.

The name Streatham means the “Hamlet on the street”. The street in this instance refers to the London to Brighton road which was built by the Romans from the capital to Portslade which is today a coastal region within the city of Brighton and Hove. It is believed Portslade was home to an important Roman port which has since been lost to coastal erosion.

When the Romans left Briton the road through Streatham to Portslade was well used by many merchants and travellers. In the 17th century it became the main coach road from London to Croydon, which then went on to East Grinstead and further onto Newhaven and Lewes.  In 1780 It became the basis for today’s A23. The road, or rather the traffic that used it has shaped Streatham to become what it is today.

Although Streatham was once a sleepy hamlet on the Roman road to Brighton, in the 18th century it became more of a resort destination as the water from wells found in the area was suggested to have healing powers. The early 20th century saw more changes when three cinemas, a ballroom, ice rink, and theatre led Streatham to become a place on the map for those looking to party.  In the 1930s the construction of an electric tram track led to the building of a retail district.

These days the area is culturally diverse and a vibrant neighbourhood with some fabulous bars and restaurants. The high street (High Road) in Streatham is believed to be the longest shopping street in the UK.

Although Streatham is only around five miles from Charing Cross and the centre of London, it is also home to a large expanse of woodland and meadows in the form of Streatham Common. The common has spectacular views all over London and is a designated nature reserve. Nearby Tooting Bed Common is home to the lido, a huge outdoor swimming pool which attracts families from all over London and remains open all year round.

Streatham is very well connected with three railway stations providing a very regular service into the centre of London. There are also plenty of bus routes to diverse destinations including central London, Croydon, Brixton and the Elephant and Castle.

The main road through Streatham is the A23 leading to the south coast so a day out by the sea in Brighton is straightforward for Streatham residents.

With a range of diverse properties ranging from period houses with multi bedrooms to small modern flats, Streatham attracts a gamut of property buyers ranging from families who need more space to city workers and first-time buyers.

With Gatwick only around 50 minutes away by car there is no doubt that location-wise, Streatham is a very desirable place to live.

Why use us for your Streatham loft conversion?

We have converted many attics and lofts in Streatham. Most of our clients are homeowners who need more space but do not want to go for the upheaval and expense of moving. Others have bought a property which is too small for their needs but within their budget – for this section of people it is cheaper to add a loft conversion than buy a home with an extra room due to the high prices of properties in Streatham. Converting a Streatham loft also increases the value of the home significantly.

When you call us, we will ask you what you desire from your loft conversion and give you a quote based on your budget, your type of roof and what you intend to do with the additional space.

Because we are loft conversion specialists rather than general builders we perform every step of the work ourselves without outsourcing. Our in-house staff are specialists in loft conversions and in this way we are able to maintain our high standards that as a company we strive to provide to all our clients.

Many of our customers come to us through word-of-mouth referrals, so call us with confidence. Our quote and feasibility study are completely free of charge.

Interested in receiving a FREE no-obligation loft conversion quote and survey? Fill in your details below and we'll call you back.